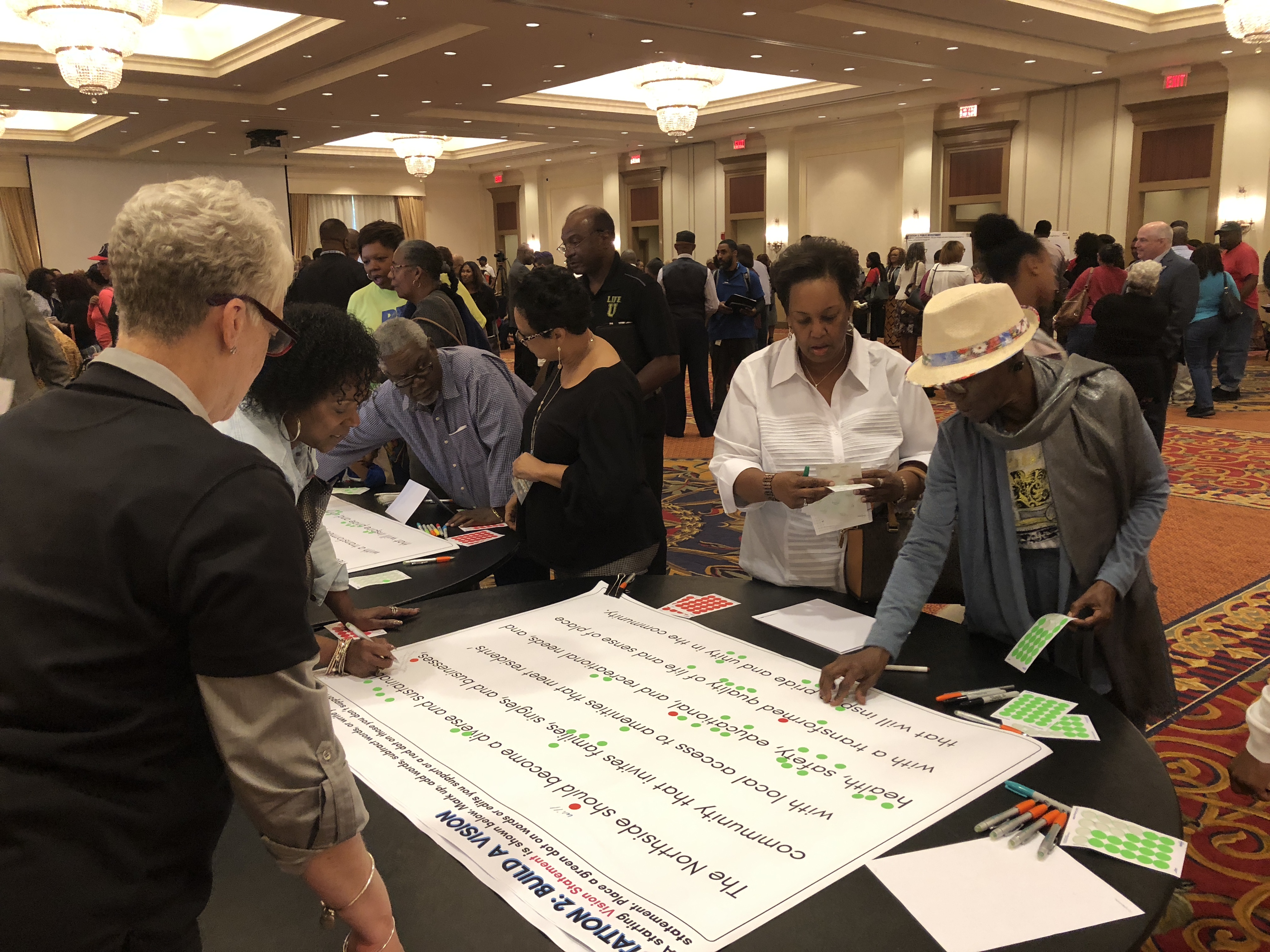 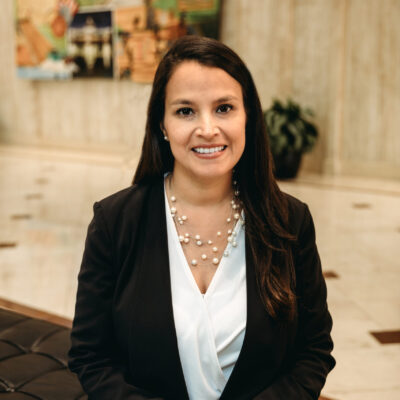 In recent years, Downtown Douglasville’s renewed commercial activity and the rerouting of State Highway 92 have created new possibilities for this community. Coming off the momentum of the 2017 Downtown Douglasville Masterplan, the City of Douglasville commissioned the APD Urban Planning and Management Team (APD U, Cooper Carry, Toole Design, and RKG Associates) to conduct a study of the North Side, a 1200-acre area just north of Downtown Douglasville, to ensure that the area would benefit from upcoming changes.

Referred to by locals as the “North Side”, this area is a loose collection of older homes, churches, and schools intermixed with newer large suburban subdivisions. These “old” and “new” areas form the dominant character of the North Side, with the older homes located a half-mile to Downtown and newer, suburban homes located at the periphery. Historically, the area has been the home of a large percentage of Douglasville’s African-American population with a rich history and culture. Despite the history of the “North Side”, a plan to organize the disparate elements of the area had never been conducted.

Our team’s work resulted in the recently adopted North Side Redevelopment Plan. The plan’s recommendations, and the extensive community engagement that helped build them, are merely ideas without strong community buy-in and support from city policy-makers. The  most important aspect of this project is that City of Douglasville has shown a commitment to the implementation of the recommendations by allocating funding from their general funds to this area, and adopting the plan in their February council meeting. They have also applied for additional funding from the Atlanta Regional Commission’s Livable Center Initiative program to redesign Dallas Highway which is a corridor that is very important to the success of the recommended initiatives. 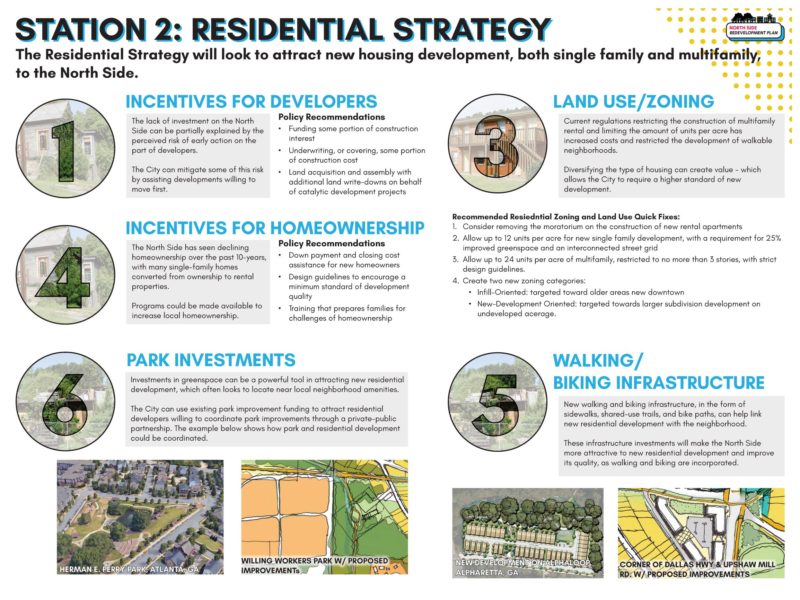 Example of recommendations presented at the second public meeting.

The North Side Redevelopment Plan recommends a Development Framework and Strategy centered around catalytic projects to create a walkable “Downtown Neighborhood” that benefits from and contributes to the success of Downtown Douglasville. The plan functions as a tool for the North Side community and the City of Douglasville to establish both a community-sourced vision and the means and strategies to achieve that vision.

One of the most exciting aspects of this project was the community participation and engagement. Our first public meeting had a record setting 200 plus attendees that participated in interactive activities that allowed them to describe what they valued about their community and what types of development they would want to see happen. The community stakeholders, including the New Horizons group did all the outreach for the meetings with assistance from city staff – meeting attendance reflected their commitment to their community. A lot of the participants were excited about the new possibilities and improvements that could come to their community, and had a positive attitude about the planning process.

Our team (APD Urban and Toole Design Group) is excited to continue to work with residents and stakeholders in the North Side, and thankful for the opportunity.